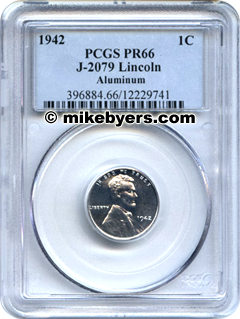 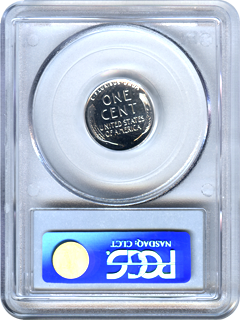 This 1942 Lincoln Cent is a regular die trial issue but struck in aluminum with a plain edge. It was struck on a planchet that is almost twice as thick as a regular cent.

The pattern cents from 1942 are divided into two groups, those of the regular issue design as this piece and those modeled after the Colombian two centavo. The regular design patterns are far rarer as a group but limited to only three compositions: aluminum, zinc-coated steel, and white metal. Those modeled after the two centavo are far more available as a group and seen in a wide variety of compositions, but some are equally as rare as the regular issue die trials.

The Judd book (10th edition) makes an interesting comment about these pieces: "Regular 1942 Lincoln cent dies are said to have been used to strike coins in pure zinc, copper and zinc, zinc-coated steel, aluminum, copperweld, antimony, white metal, and lead, among other materials." If this is accurate, then there are many other experimental alloy cents that remain to be discovered, as only three alloys are known today.

This is an extraordinary piece. Each side is bright, and there are no signs of oxidation. The fields have a pronounced mirror-like appearance, and there are light flow lines evident on the reverse. The obverse is slightly convex, and the reverse slightly concave. This is essentially a perfect coin with no observable marks on either side.

This is one of the most fascinating experimental pieces to enter the market in decades. The pattern coinage of 1942-1943 is definitely an under-researched area of 20th century U.S. numismatics. Recently a 1943-D Copper Cent certified MS64BN by PCGS sold for $1.7 Million. In September 2012, a 1943-S Copper Cent authenticated and certified MS62BN by PCGS sold for $1 Million by Legend Numismatics. This 1942 Lincoln Cent has the potential to become the most expensive Lincoln Cent ever, since there are many 1943 copper Cents and this aluminum Cent is unique. 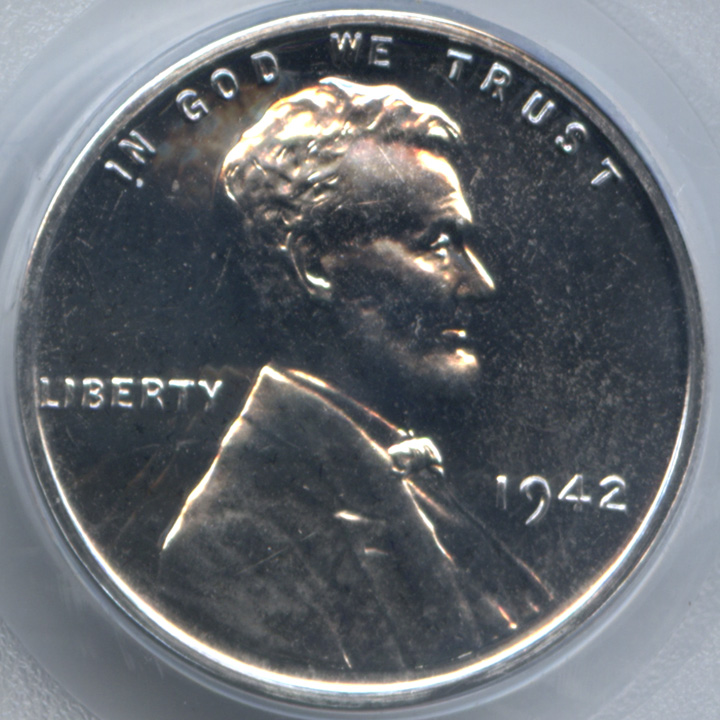 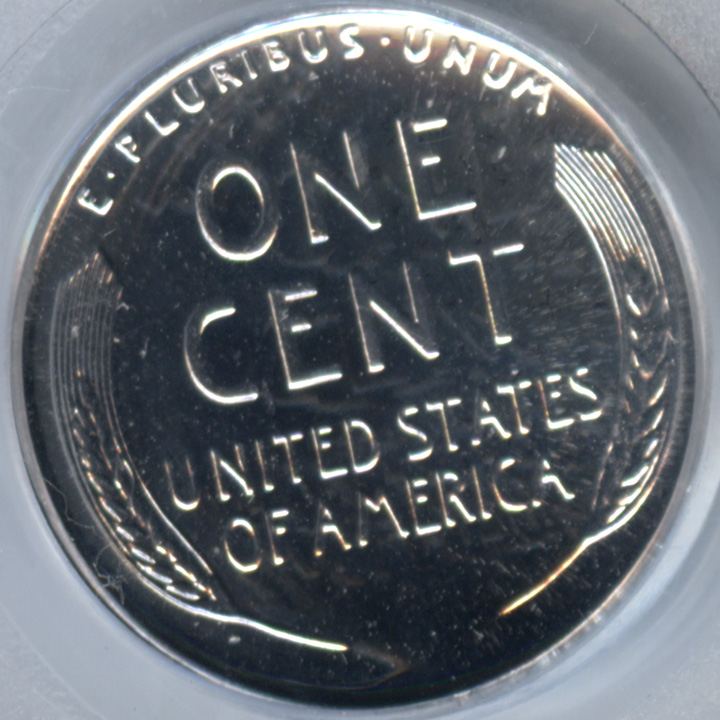