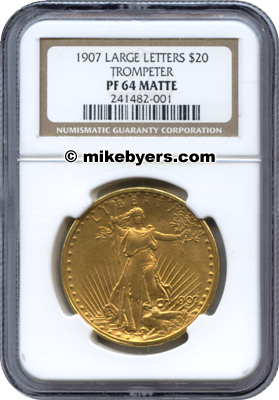 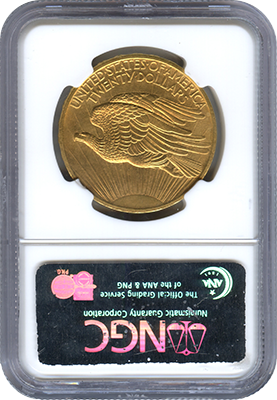 This 1907 $20 St. Gaudens gold piece is the only known example with Large Edge Letters. There are three known with Small Letters. This unique proof striking is a phenomenal piece with bright surfaces and a beautiful overall appearance.

This Large Letters matte proof edge variety is unique. The Ultra High Reliefs had the largest edge lettering in the series, followed by the regular issue High Reliefs with collars I and II. Collar I was either used in error or experimentally on this matte proof and only one coin was produced. Coins with Collar I read: I * * * * * * * E * I P L U R I B U S I * U N U M * * * * I. To further distinguish this coin from its earlier, Small Letters counterpart, the Collar I coins show the bases of M in UNUM level, but on Collar II coins they are slanted. The Large Letters Arabic Numerals proof was produced after the Small Letters proof striking(s). This is based on the belief of the presence of an area of die polishing seen around 9 o'clock on the obverse rim. Such an area of die polish would surely have been present and visible on an earlier striking, and it is for this reason that this piece was struck after the Small Letters proof(s). Also, this piece shows complete definition on the Capitol building, indicating mint personnel had a better grasp of how many tons of pressure to apply to strike this coin than the Small Letters piece, which displays obvious softness on the Capitol.

This particular coin is most easily identifiable by a shallow, horizontal planchet flake located to the left of the branch stem held in Liberty's right (facing) hand, Also, there are minor planchet imperfections around the eagle's beak. Lightly hairlined in the fields, but really quite pleasing with brighter surfaces than seen on matte proofs struck the following year, and actually more closely resembling the "Roman Finish" of 1909-1910 in overall appearance. Medium orange-gold coloration is seen over each side of this impressive and unique proof striking. 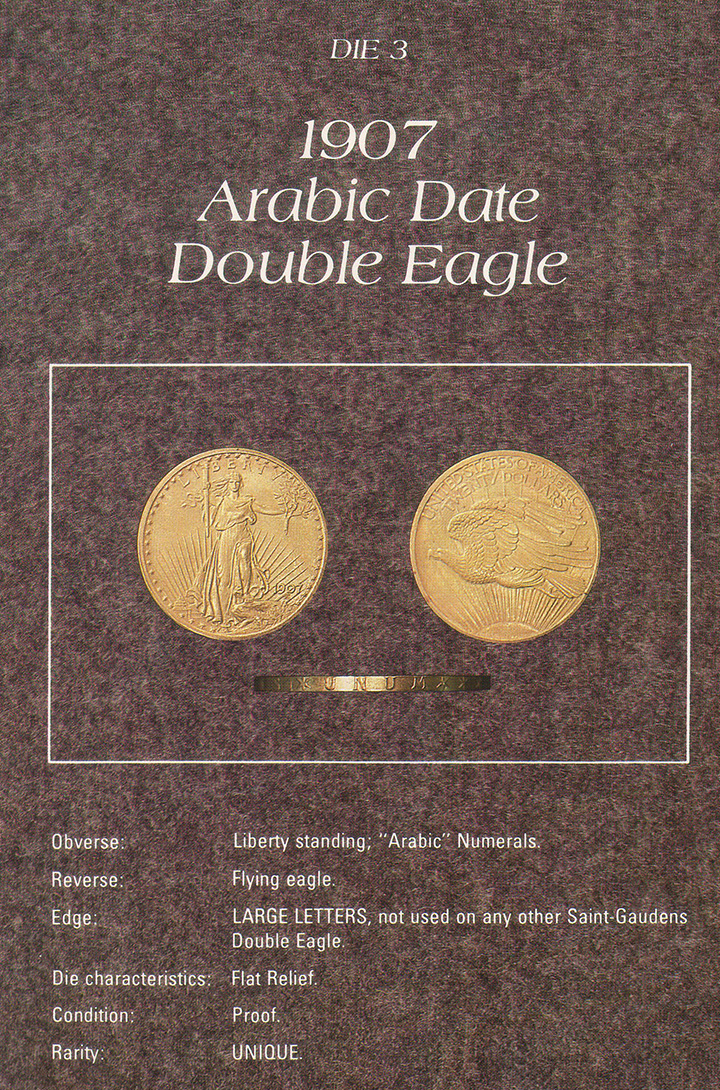 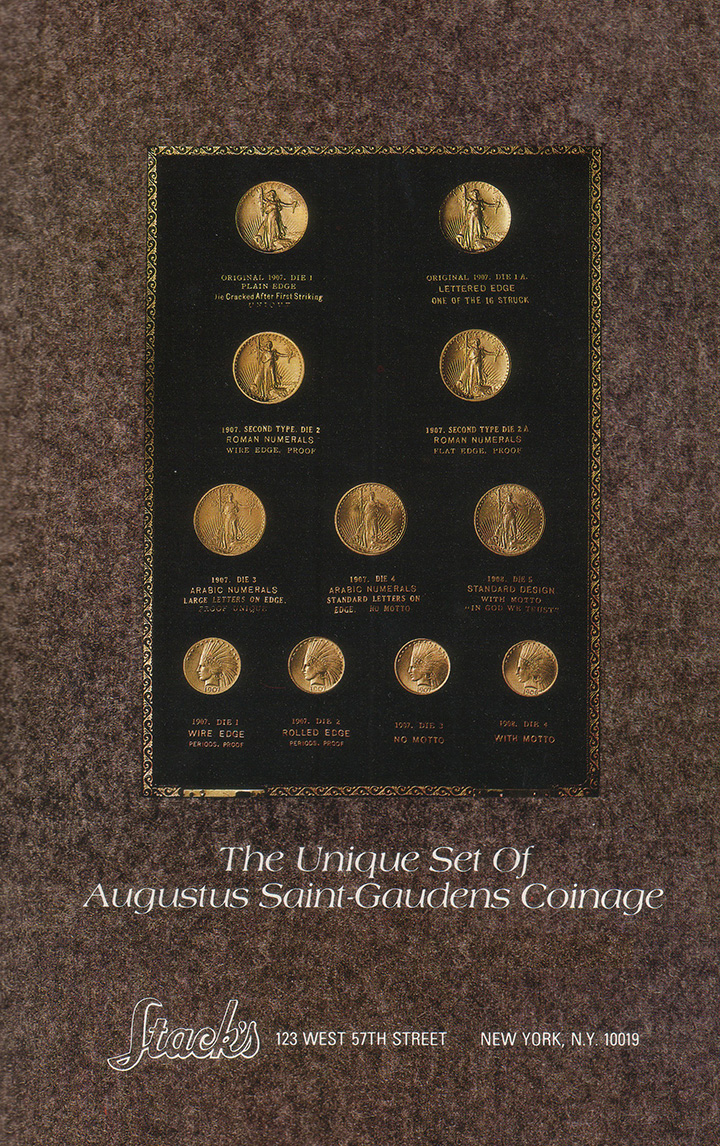