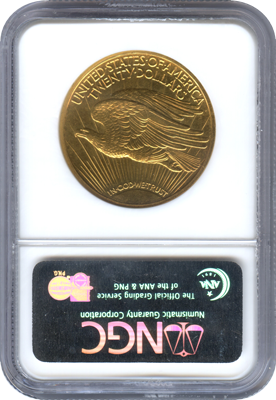 This unique 1908 $20 was struck with a satin finish. It is distinctively different from all other proofs struck in 1908. It exhibits bright surfaces and has a semi-reflective sheen in the fields.

Both 1907 and 1908 issues of double eagles saw variants in both design and finishes. The 1908 coins are most notable for the No Motto and With Motto designs. All proofs from that year are With Motto coins. These pieces characteristically are found with deep khaki-green coloration and pronounced matte surfaces. However, of the 101 proofs struck, one satin finish proof is known. One would think that this piece was struck late in the year as a prototype for the satin finish used in 1909 and 1910. However, research done by the staff at Sotheby's in 1997 indicates that this piece was actually presented to the Boston Museum of Fine Arts by William Sturgis Bigelow on June 11, 1908. The museum's catalog card for the coin states: "One of the first coins struck after this legend was restored." This information was supplied to the museum by Frank Leach, Mint Director at the time of the coin's striking. This piece has a finish that is distinctively different from other proofs from 1908. The surfaces are bright, orange-gold with a semi-reflective sheen in the fields; in short, a "Roman Gold" proof.

This piece first appeared in public auction after it was deaccessioned by the BMFA in the 1976 ANA catalog (Stack's). Both a double eagle and an eagle with a Roman Finish were consigned to that sale, and both brought surprisingly high prices for the time: $7,500 for the ten dollar and $10,000 for the double eagle.

Close examination of the plate in the 1976 ANA catalog and the 1997 Sotheby's catalog show that this is the same coin. There are a couple of "shiny spots" that show on the photos that are also present on this coin. This is the Boston Museum of Fine Arts coin and the one piece that has been consistently recognized in the literature as a Roman Finish proof. An exceptional opportunity for the specialist to acquire a unique example of the Roman Finish from 1908.

Note - It has been recently graded and certified as a PR65 NGC Satin. As noted on the insert, this unique coin is pedigreed to the Ferrari Collection. 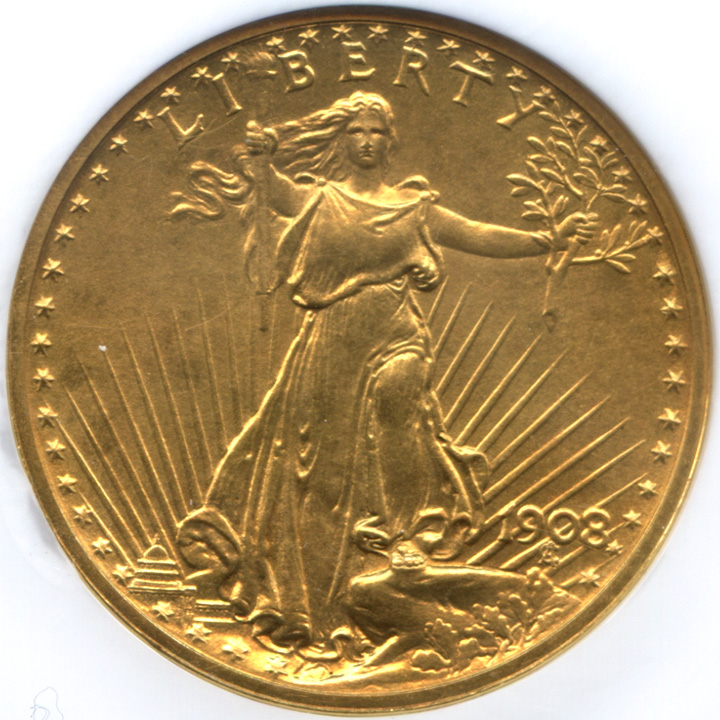 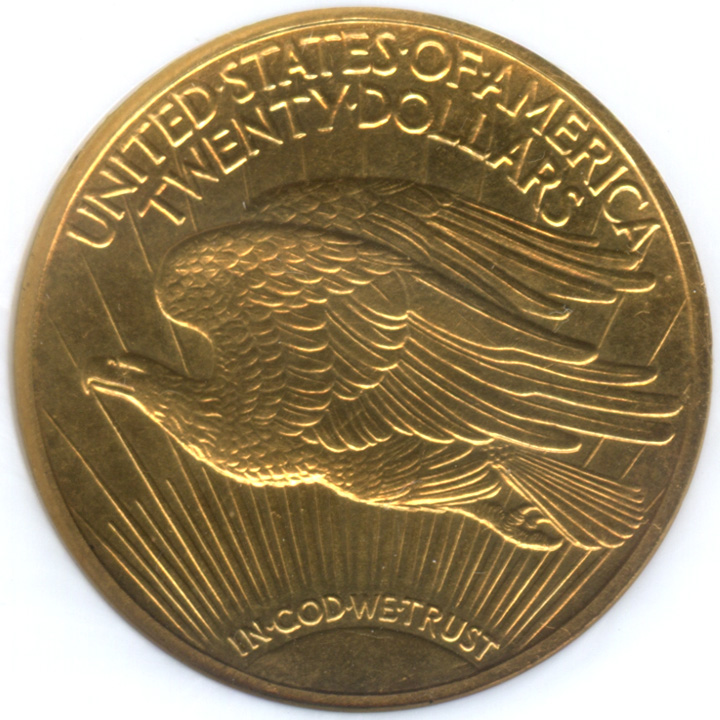