This is the only known U.S. regular issued coin of ANY denomination that was struck with two obverse dies (two-headed). It stands alone as a major U.S. numismatic rarity and proves that a U.S. two-headed coin exists!

Fred Weinberg stated that "this amazing unique major mint error is the only known U.S. two-headed coin. It is very dramatic since both sides are identical, having been struck with two obverse dies."

Although slightly weakly struck, it is in gem condition and was certified and authenticated by PCGS as MS 65. It is exciting that this unique and spectacular major mint error survived the minting process. This unique mule was authenticated and certified by PCGS in 2016. 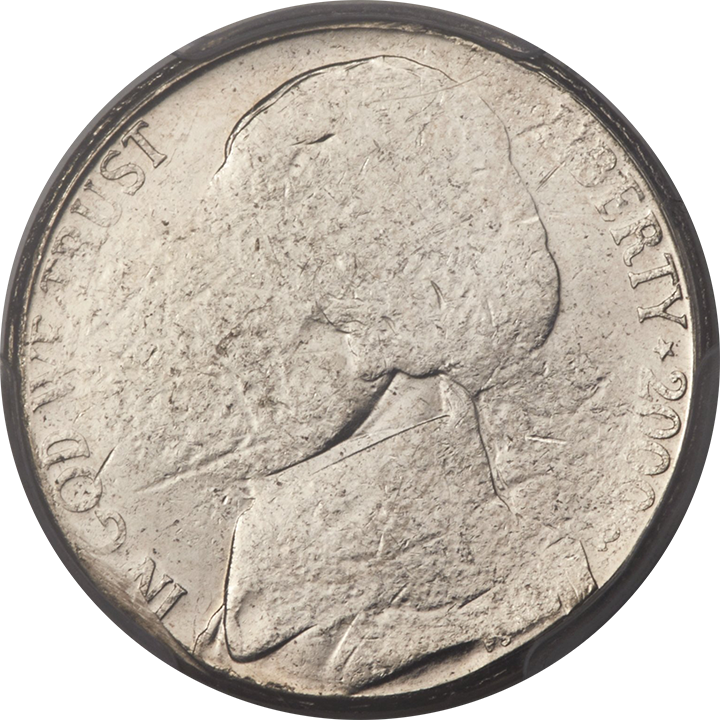 Featured in an article in Coin World